Skip to Content
In the past six days, I’ve had 28 emails that revolve around a specific Celtic symbol for mother and son.

The emails started after we published a guide to the Celtic Motherhood Knot, and haven’t stopped since.

In the guide below, you’ll find out everything you need to know about the Celtic mother son symbol, along with why it isn’t an ancient symbol.

If you’re debating getting a tattoo of this symbol (like many seem to be!) or if you’re looking to get it printed on something, you’ll find plenty of useful info.

Celtic Symbol for Mother and Son

To be completely blunt from the beginning, there is no ancient Celtic symbol for mother and son.

The Celts haven’t been around for a long time, and they created a very finite number of ancient Celtic symbols during their time.

Over the years, many people have adopted the symbols from the Celts to suit their own needs. Regardless of whether you believe that this is right or wrong, it’s a fact.

That being said, many, although not all, of the Celtic symbols for son and mother are closely linked, and are often adaptions, of other existing symbols.

The symbol that is most commonly adapted/altered to fit the mother son angle is the Trinity Knot. 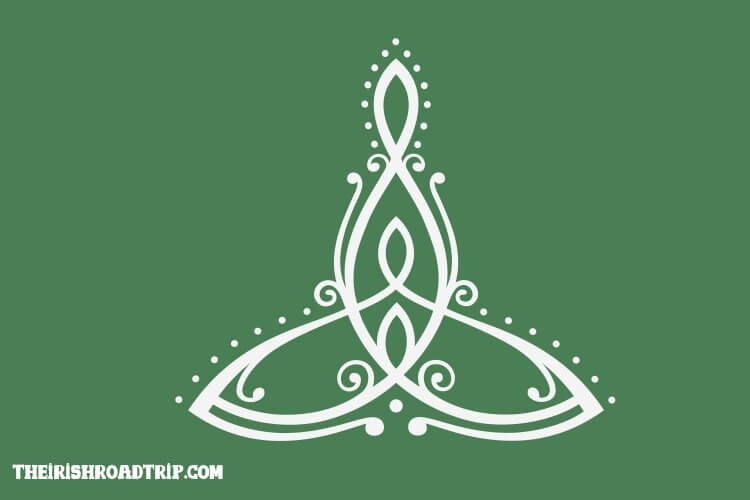 There are a number of adoptions from the original Celtic symbols that have been made by artists over the years.

Some are terrible and are only Celtic in name while others, like the mother and son Celtic knot above, are more closely tied (no pun intended) to the original symbols.

The meaning of one of these knots is quite straightforward: they represent the eternal bond that exists between a mother and son from the moment birth occurs.

They represent maternal love. An unbreakable bond. A connection that should be respected, nurtured and treasured.

“I want to get a Celtic Mother Son Tattoo”

It genuinely never ceases to amaze me the sheer volume of messages that we receive from people that are debating getting a Celtic mother son tattoo.

My mam would bate me if she heard that I was getting any tattoo, never mind one to symbolize our relationship.

However, if you’re thinking about getting a Celtic mother son tattoo and you’re currently browsing the web in search of a symbol to get inked, fair play to you.

As I say in every single guide on this website when it comes to Celtic symbols and permanent ink, be crystal clear about what you’re getting.

FAQS About the Celtic Symbol for Son 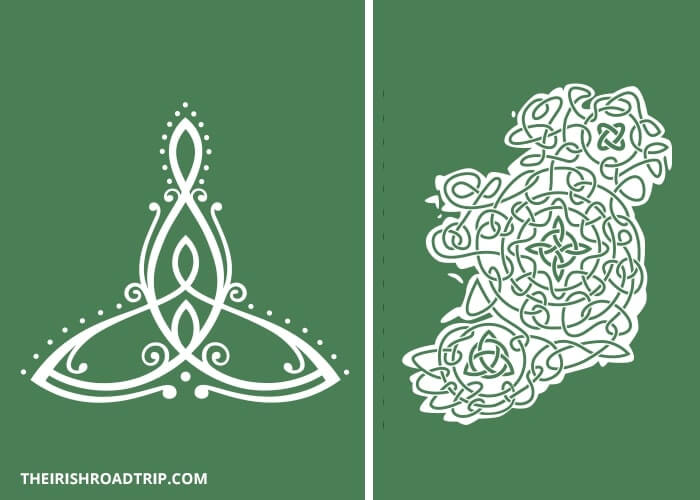 As I mentioned above, we get an awful lot of questions about this symbol. In the section below, I’m going to pop in as many of the FAQs that we get asked.

Is there a mother and son Celtic knot that was used thousands of years ago?

No, unfortunately not. Many of the symbols that are seen today are artist impressions or adaptions of the Trinity Knot.

I heard that there’s an Irish symbol for mother and son – where can I find it?

This is arguably the most frequently asked question that we get on this topic. I’ve scoured the web and I can’t find any Irish symbol for mother and son. If you’re reading this and you have, send me a link in the comments section below.

Have a question about Celtic symbols for motherhood?

Hopefully the guide above tackled a lot of your questions. If you have one that hasn’t been answered, feel free to ask it in the comments section below.

The one thing I want to reiterate again before signing off is that you really need to beware of many of the Celtic symbols for motherhood out there.

Keep in mind that the symbol should have some form of resemblance to the Trinity Knot, as that’s where the design for the Celtic symbol for motherhood emerged from.